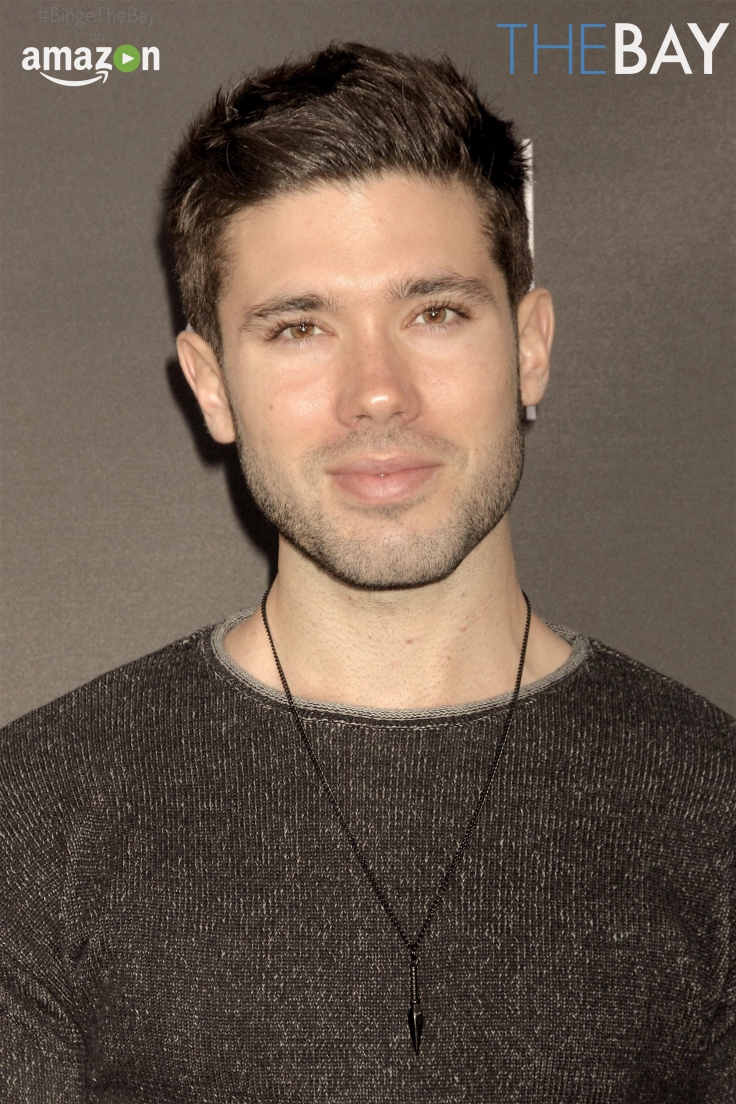 HOW HAS IT BEEN FOR YOU TO SEE “THE BAY” EVOLVE ALONG THE PATH THAT IT HAS…SUCH AS STREAMING ON AMAZON AND WINNING DAYTIME EMMYS?

Kristos:  It’s been like an inspirational movie that feels pretty solid to watch.  You do the homework and you get satisfaction watching…but you’re also super inspired as well.  You start from a certain point and  just keep going at it with faith.  That’s the key word.  Hard work actually does pay off.   I wasn’t sure if things would pan out that way.  I could only hope; and it all turned out for the best.  I’m very grateful.

HOW DID THE CAST CELEBRATE WINNING THE DAYTIME EMMY THIS YEAR?

Kristos:  The memory eludes me; and that’s probably a good thing!  We toasted and drank champagne.  The vibe was love; and that’s the best vibe in the world.  Everyone was complimenting each other and happy.

FROM THE VERY BEGINNING IN SEASON ONE, THE COUPLE OF PETER AND JANICE HAVE BEEN IN THE SPOTLIGHT.  WHAT IS IT ABOUT THIS COUPLE?

Kristos:  The first thing that comes to mind is that they’re unique.  Peter and Janice could be described simply as a cougar storyline…but when you get involved with someone on such a deep level, it’s actually everything but what it looks like.  The whole story unravels…and as it goes, it becomes more special with every beat. To add to the conflict, there’s the taboo forbidden love vibe to it.  At first the plot was mainly about Janice being an enemy of Pete’s mom…but that got overlooked eventually with the chemistry of the characters; and we really got entrenched in it.  The relationship is unique and believable; there’s an addicting quality to the story.  It was a risk going into it.  We had mixed response in preproduction and in development.  But then when the story came out, the chemistry between us just worked.

DO YOU HAVE A FAVORITE SCENE OR STORYLINE?

Kristos:  I see the whole thing as a singular storyline as my life as the character, my story.  Speaking of that, I’m extremely grateful for my storyline.  My costars Lilly Melgar (Janice) and Karrueche Tran (Vivian) are both beautiful.  They both are great people, work very well in the scenes we have together and give me a generous amount of energy to work with through their focus and their attention and their love.  And I appreciate that so much.

WHAT OTHER PROJECTS ARE YOU WORKING ON?

Kristos: THIS JUST IN on Pop TV.  It’s a sitcom which The Huffington Post described as a modern day version of SAVED BY THE BELL.  I have a great time with that cast and crew.  Wyntergrace Williams (Becca, THIS JUST IN) is a very talented actress to be working with as a love interest.  It’s fun to do comedy on another show as a contrast when THE BAY is so dramatic.

Seasons 1 and 2 available on Amazon:  https://www.amazon.com/dp/B01KJ0KTYC