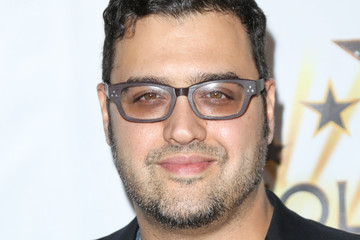 Gregori Martin, multiple Emmy-Award winning producer of the digital drama series, The Bay, talks with OutTakes about the successful road this series has taken all the way to the Daytime Emmys.

HOW HAS IT BEEN FOR YOU TO SEE “THE BAY” EVOLVE ALONG THE PATH THAT IT HAS…SUCH AS STREAMING ON AMAZON AND WINNING DAYTIME EMMYS?

Gregori:  It’s been an amazing experience; and I’m really grateful.  It takes an army.  I can’t do it on my own.  Kristos Andrews (“Peter Garrett” as well as Executive Producer) is the best partner in crime.  Executive Producer Wendy Riche has been amazing.  The cast is great.  Carol Hedgepeth (Co-Executive Producer) is wonderful behind the scenes.  It’s impossible to do without a team; and we’ve had a lot of help getting the show together financially.  We’re really grateful for everything that people have brought to the table.  It can’t happen by itself.

FOR YOUR RECENT WIN AT THE DAYTIME EMMY FOR OUTSTANDING DIGITAL DRAMA, WHAT MATERIAL DID YOU SUBMIT?

HOW DID YOU CELEBRATE YOUR MOST RECENT WIN? 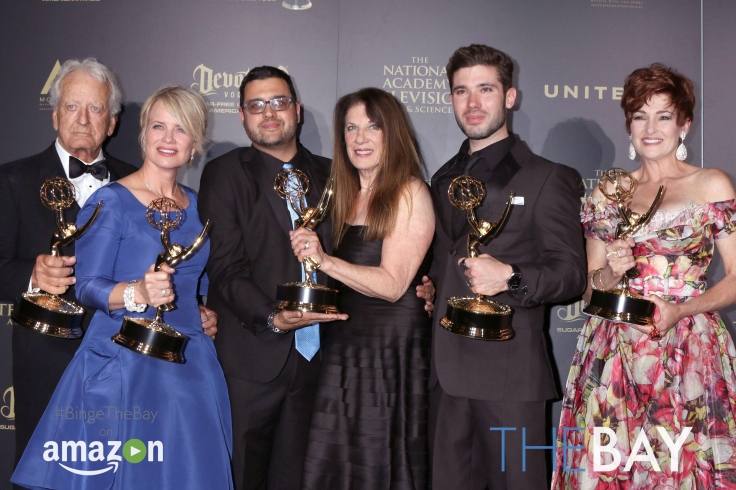 WHAT LESSONS HAVE YOU LEARNED ALONG THE WAY OF CREATING “THE BAY”?

Gregori:  I learned the difference between webisodes and digital drama series.

A webisode is less than 20 minutes content which is part of a webseries.  A webseries can technically be anything that’s on the web and usually produces something no more than two hours worth of content per year.

A digital drama series like THE BAY is a drama that continues every year with more hours of content.  I think “digital drama” is a great title because there is still a stigma that comes with the term “webseries” — Assumptions that there’s no budget, no professional cameras or lighting.

ANY HINTS FOR WHAT WILL BE COMING UP FOR SEASON 4?

Gregori:  Well, I’m hoping everyone is currently binge watching Season 3.  #BingeTheBay of Season 3 on Amazon.  But for Season 4, most of the cast will be back.  We’re continuing the saga and will be having a lot more drama and #Bayhem to come!

Seasons 1 and 2 available on Amazon:  https://www.amazon.com/dp/B01KJ0KTYC